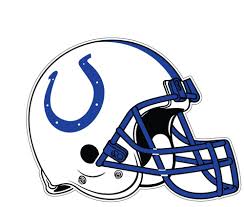 Scott E. Reese, age 42 of Indianapolis, IN formerly of Griffith, IN passed away Tuesday, October 29, 2019. Scott is survived by his older sister Catherine (Reese) Peters; two nephews Damien and Zander Peters; and many aunts, uncles, cousins, and friends, whom all loved him very much. He was preceeded in death by his loving parents: Gilbert and Margaret Reese.

Scott was a 1996 graduate of Griffith High School where he was the place kicker for the football team and he also was a graduate of Purdue Calumet with a degree in Communications. Scott was a strong man that overcame many obstacles that were thrown at him.  He never let being legally blind stop him and in 1996 because of his courage he was awarded the Arete Award for Courage in Athletes. He decided to stay home and take care of his parents for years and they talked him into a program in Indianapolis; once he was there, he loved it, found a job and a place to live and settled in. He would come home to see his friends when he could and cherished the time he could spend with family and friends when he did. Scott also was an avid Indianapolis Colts fan and on January 1, 2017 he was invited down to the field to meet the team and be interviewed on and off the field. He had been wearing E-Sight glasses that were new and made to help the legally blind see and used them to show the world what a difference they had made for him. He worked doing phone sales in Indianapolis.

His family would like to thank everyone for their kind words, memories and contributions. We would also like everyone to come to the funeral home wearing Griffith Panther, Chicago White Sox or Indianapolis Colts attire. Scott never was one for dressing up and wouldn't expect anyone else to.

A celebration of Scott's life will be held from 2:00 to 6:00 pm on Saturday, November 9, 2019 at the FIFE FUNERAL HOME, 4201 Indianapolis Blvd., East Chicago, IN.  Rev. Terry Steffens will hold services at 2:15 pm on Saturday. Private interment will be held at Abraham Lincoln National Cemetery, Elwood,, IL.

To share a memory or send a condolence, logon to:  www.fifefuneralhome.com

To send flowers to the family or plant a tree in memory of Scott E. Reese, please visit our floral store.